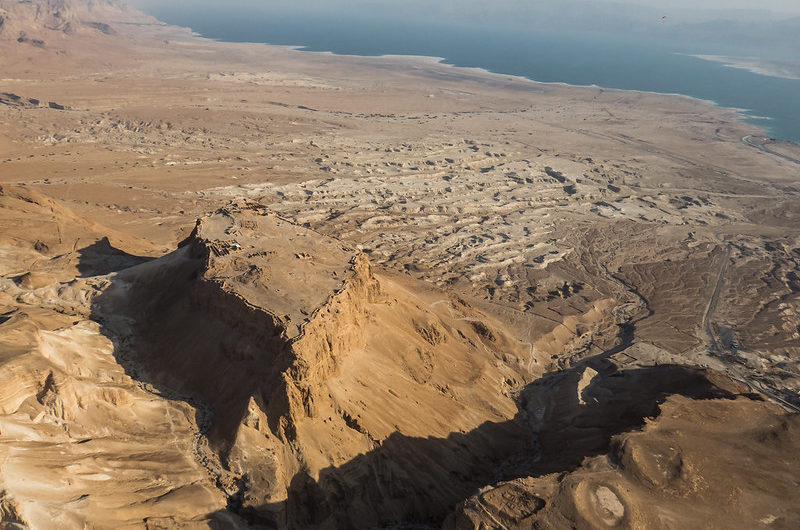 Not only is it one of the most impressive tourist sites in all of Israel, but it’s also our namesake! If you’ve already visited, or if it’s still on your Israel tour bucket list, we’re sure that these interesting facts about Masada will dazzle and impress you. Read on to learn more about this interesting site in Israel.

1. Since it’s near the Dead Sea, which is the lowest point on earth, the base of Masada is at a point that’s below sea level. That means that even when you’re standing at the top of Masada, you’re not even that high up! The mountain’s summit is at a mere 58m of elevation.

Want to learn more about the Dead Sea too? Read 20 cool facts here.

2. The top of Masada is an ancient fortress, originally built by Herod the Great in 30 BCE. It was meant to be a strategic location for Herod. From this vantage point, his armies could sight any approaching enemies.

3. Today, many new IDF army recruits swear their oaths of allegiance at this site. They swear to never let Masada, and by proxy, the state of Israel, fall again.

4. Masada has been a UNESCO world heritage site since 2001.

5. In the summer months, it’s much too hot to trek up to the mountain on foot. Visitors can choose to take the cable car up or hike in the early hours of the morning, which many do to admire a sunset from the top of the mountain. 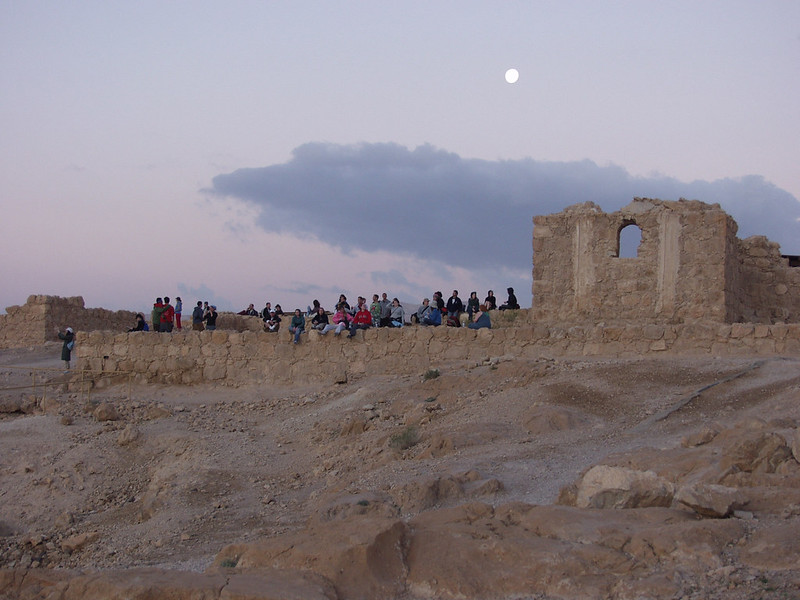 6. In 66 A.D., a small group of Judean rebels known as the Sicarii fled Jerusalem and settled atop Masada. After the fall of Jerusalem at the hands of the Romans in 70 A.D., the rest of the rebels joined. The Romans then wanted to take down Masada and built camps surrounding the mountain. They also built a ramp and tower on the Western slope of the mountain. When it became clear to the Judeans that the Romans would take Masada, the whole community of 960 people took their own lives instead of becoming Roman slaves. A couple of women and children hid in the cisterns instead of taking their own lives, and they, later on, told the story of the Masada fortress.

7. The area remained uninhabited for centuries, until 1828 when some scholars rediscovered Masada. In 1953, the site was uncovered by Israeli archeologist, Shmariya Gutman. In the 1950s and 1960s, more excavation was done and many artifacts were discovered.

8. The fortress had many different complexes, many of which have ruins which you can see today. Some of the different rooms in the fortress include bathhouses, swimming pools, a synagogue, a church, a palace, and many storerooms for food and weapons.

9. In the 1950s, pottery shards were excavated from the site. On the shards, archeologists were able to make out the names of Jews who lived there. They also unearthed tallit and tefillin (Jewish prayer objects) and found some bones. The bones were given a proper army burial.

10. Many of the ancient structures have been well-preserved. There are even beautiful mosaic floors and walls found in the bathhouses and in some other buildings.

11. Today, Masada is one of the most popular tourist destinations in Israel. There is even a captivating sound and light show projected onto the side of the mountain. 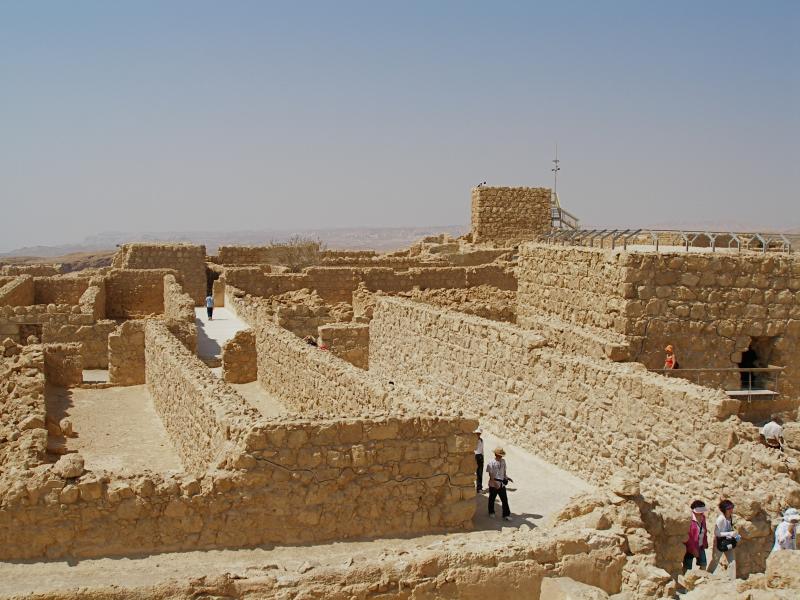 12. Due to the site’s historical and religious significance, many young Jews choose to have their Bar Mitzvah ceremony at Masada.

13. There are special occasions where you can attend operas and concerts at the foot of the mountain. The area provides excellent acoustics, which attracts musicians and orchestras from around the world. In fact, the famous Italian tenor, Andrea Bocelli, performed at Masada with an opera in 2011.

14. At the edge of the plateau on the summit, there is an Echo balcony. Here, you can yell into the mountainous desert and hear the desert yell back to you. Due to the geography of the region, your echo sounds like an army of thousands of people. Some historians say that the Judean rebels used this to their advantage to make them seem like a bigger army than they actually were.

If you’re planning to come to Israel, visiting Masada is definitely a must-do. You can visit the ancient fortress as part of a day tour that can also include stops at the Dead Sea and Ein Gedi. Need help planning out an itinerary that includes a stop at Masada? Contact our travel experts and we’ll take care of it!

Alicia
Originally from the snowy city of Montreal, Canada, Alicia Schneider most recently lived in beachy Tel Aviv. She earned her degree in English Literature & Creative Writing from Concordia University in Montreal. Currently, Alicia is traveling the world and has adopted the digital nomad lifestyle and works as a freelance writer. Aside from travel writing, she also specializes in business technology and software.
Previous post7 Cities to Visit in Israel Besides Tel Aviv & Jerusalem
Next post8 Israeli TV Shows to Binge Watch