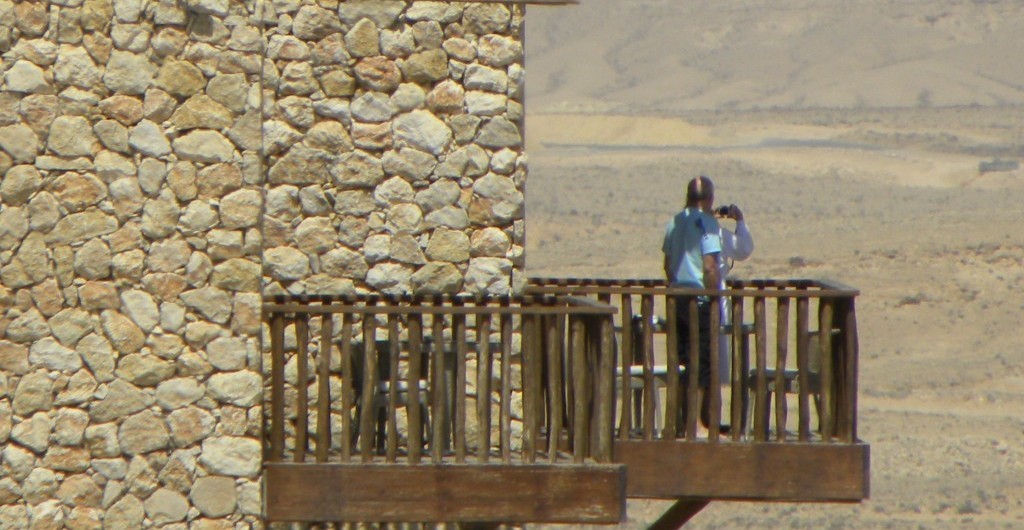 Mizpe Ramon has long been neglected as a tourist destination even though the tourism sector is one of the primary sources of revenue generation and employment for this “urban economic cooperative “, as it was dubbed at the outset. The other major sectors include the IDF, hi-tech, agriculture, and education.

The reasons for this neglect are many, but to name just a few:, poor geographical location, weak promotional campaigns and a lack of attractive and affordable lodging solutions. In efforts to correct this oversight, The Israel Ministry of Tourism has announced planned hotel construction expansion.

This remote town in the Negev began as a pioneer camp in 1951 and served as a lodging solution for the workers who were constructing the road to Eilat. That is if tents and outdoor plumbing could be considered as an amenable lodging solution. Prior to this modern Israeli community, the region was the home to Nabataens and Byzantines, and visitors can enjoy intriguing archaeological remains that serve as tourist excursions nearby. These sites are usually associated with other Spice Route attractions found to the East in Jordan.

Mizpe Ramon was officially founded in 1956 when it naturally evolved into an immigrant absorption center, where a diverse population emerged, serving as a microcosm for the mosaic culture that was simultaneously growing throughout greater Israel. This new settlement was sponsored by the Jewish Agency and immigrants from Romania and North Africa helped to make this place the southernmost outpost for Israel’s so-called “development towns”.

Today, Mizpe’s approximately 6,000 residents serve as a representative slice of Israel’s multicultural society. Mizpe’s ethnic diversity is composed of some six core communities, and they offer tourists a variety of tastes and styles of living to experience and observe. These groups include the North Africans that moved there in the 50’s and 60’s, Ex-Soviet immigrants who came after Perestroika and secular newcomers from the 90’s onwards, and others.

One of the primary draws of this desert enclave is the Makhtesh Ramon. With a depth of some 450 meters, a length of 38 kilometers and a width of some 6 kilometers, this erosion crater is the world’s largest. The crater has been categorized as a world-class natural phenomenon that is so unique that it attracts a cadre of international tourists from all four corners of the world.

Another attractive geophysical feature is Mizpe’s suitability as a venue for astronomical observation. It is home to one of Israel’s most advanced astronomical observatories and has attracted astronomy enthusiasts from all over. The primary reason for this draw is due to the remoteness of the region, and the resulting darkness in the skies overhead.

As was mentioned earlier, Mizpe has long suffered a lack of hotel space with just six commercial hotels extent currently, augmented by a modicum of bed and breakfasts. In 2013, plans were announced for the construction of a Las Vegas-style casino, but this idea has yet do get off the ground, although a light aircraft landing strip was constructed about a decade ago.

The unique Luxury Beresheet Hotel, with its incipient pricing structure, has done little to change the landscape of this very promising eco-tourism town. However, it was a good start and could contribute to the eventual success of this promising tourism center in the Negev.

It has recently been announced that Mitzpe Ramon has been slated to become a major tourist hub in the Negev. it could be the source of thousands of new jobs in the coming year’s thanks to a plan by the Tourism Ministry and the Israel Government Tourist Corporation, along with other agencies, to build as many as 1,000 hotel rooms and related infrastructure in the community. The plan, entitled “Mitzpe Ramon Tourist Center, Incense Route” will build on existing tourism infrastructure near the edge of the Ramon Crater, and is part of the government’s long-term vision to develop the economy in the Negev.

Let’s hope that this time, that vision won’t be shortsighted and that vast potential inherent in this fabulous destination will grow and diversify.

For further information about bookings to Mizpe Ramon, please contact us at your convenience, and we can plan your unforgettable excursion along the spice route.

Alicia
Originally from the snowy city of Montreal, Canada, Alicia Schneider most recently lived in beachy Tel Aviv. She earned her degree in English Literature & Creative Writing from Concordia University in Montreal. Currently, Alicia is traveling the world and has adopted the digital nomad lifestyle and works as a freelance writer. Aside from travel writing, she also specializes in business technology and software.
Previous postThe Sun is Lighter in Israel
Next postThe Mahne Yehuda Market