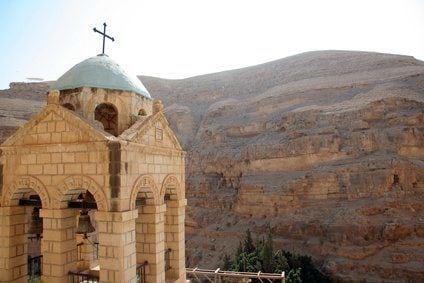 After Jesus’ premier performance at the tender age of 12 in the temple courtyard, mesmerizing the learned and the Sadducees who were nonplussed by his performance, he virtually disappears. Reports of his adolescence and early adulthood are virtually nonexistent. This time has known many names which include the unknown years of Jesus or the forgotten years or even the lost or silent years. Researchers have remained virtually clueless in terms of resolution to this conundrum, but multiple theories abound.

The silent years refer to the period between Jesus’ childhood and the beginning of his ministry, and this unresolved mystery of his absence adds pathos to the Jesus story, greatly enhancing the protagonist’s mystique. As archaeological finds fail to confirm the position of modern mainstream Christian scholarship, one-day physical evidence might eventually appear. Christian scholars and clergy reject the multifarious theories surrounding this 18-year disappearance. It is quite difficult to accept the common belief that Jesus simply worked as a carpenter all those years.

It would seem quite unpalatable to accept the claim that Jesus did nothing other than work as a laborer during the missing years. A prophet and teacher could hardly acquire the deep knowledge required by a personage such as Jesus who hardly gained a spiritual education in a carpentry shop, but when one is dealing with the canonical son of God, then anything is possible albeit improbable in this particular case.

There are countless theories that address this deep mystery and many of them can be found in the esoteric literature. These theories encompass several plots: Sojourn in Britain, Arthurian legends; Jesus traveling to the far east – India; Kashmir and the Mirza Ghulam Ahmad connection; The Essene connection, Judean desert dwelling, and then the post-crucifixion theories placing Jesus in Britain after the “swoon hypothesis”.

Much ink has been splattered on this fascinating subject, but definitive explanations remain elusive. The ages of 12 and 30, the assumed ages at the onset and completion of this period reflects a symbolic significance in Judaism: 13 is the coming of age bar mitzvah period, and during temple times, 30 was the minimum age for priestly service, but it is important to note that Jesus did not descend from the priestly tribe: Levi, so this connection is purely symbolic and speculative in nature.

Although most people find the carpenter thesis difficult to continence, Christians have generally taken the statement in Mark 6:3 referring to Jesus as “Is not this the carpenter…?” as an indication that before the age of 30 Jesus had been working as a carpenter. Scholars have interpreted the tone to reflect a local familiarity with Jesus as a carpenter prior to the beginning of his ministry. The New Testament weaves a fabric embroidered with a tale of a prophet and Messiah figure and this ministry will be covered in our third and final portion of this exploration of the life of Jesus.

When looking at the theories from a bird’s eye view, it would appear that the Judean Desert Essence experience would seem the most palatable. The reasons for this are varied in nature but do seem to contain the strongest leaning towards verisimilitude. It would seem quite unlikely that Jesus became enlightened in a workshop. It would seem much more likely that he mingled with Essene sect residing in Qumran.

The Essenes were themselves a mysterious lot, and our understanding of their teachings is patchy and incomplete as well. However, from much of the philosophical excerpts currently extant, we find distinct parallels in the teachings. In other words, Jesus’ teachings seem to be based in part on many of the tenets of esoteric Judaism and Kabbalah which were believed by some to have been practiced in this Judean desert enclave of religious zealots.

In a sense, some might view Christianity as Judaism with Kabbalah and without Halacha (Hebrew law), and it is important to note that the first Christians were part of a Jewish cult whose members were first and foremost required to be Jewish and only later were all persons eligible for Christianity.

Check with us soon for the third installment of this series which will cover Jesus’ ministry. Please contact us regarding special deals with unique itineraries to all of the Christian sites in the Holy Land.

Alicia
Originally from the snowy city of Montreal, Canada, Alicia Schneider most recently lived in beachy Tel Aviv. She earned her degree in English Literature & Creative Writing from Concordia University in Montreal. Currently, Alicia is traveling the world and has adopted the digital nomad lifestyle and works as a freelance writer. Aside from travel writing, she also specializes in business technology and software.
Previous postThe Jesus Connection: The Influence of Angels on the Birth and Early Childhood of Christ
Next postJesus’ Brief Ministry and Final Demise