The Sun is Lighter in Israel

The Sun is Lighter in Israel 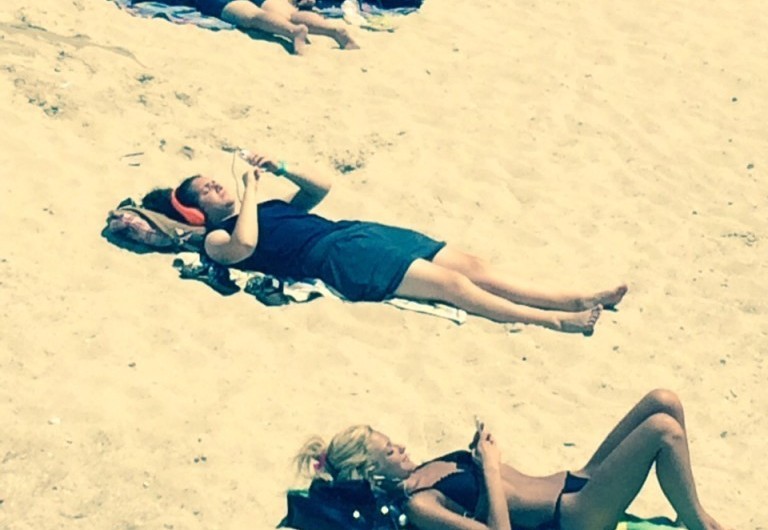 “There is nothing new under the sun.” This is what is said in Kohelet, the redacted book that forms an integral part of the Bible, and whose authorship is traditionally attributed to King Solomon. But the Modern day Holy Land is replete with novel discoveries which appear to be in a sense new, or if not “new” then at least things that we didn’t know about before, even if they are not in fact something new.
In an age when global warming is all the rage, there are scientists who claim that the sun seems to be dimming. These scientists have come to this conclusion after five decades of observation, and even claim that this could be contributing to global warming. This effect was first spotted by Gerry Stanhill, an English scientist working in Israel.
“There was a staggering 22% drop in the sunlight,” he said. He has called this “global dimming”, but his research was met with strong opposition from the scientific community. Later there was a team of Australian scientists who confirmed many of Stanhill’s findings. This dimming is most probably occurring due to greenhouse gasses.
The dimming of the sun might appear to bode well for the planet’s human inhabitants who fear that certain harmful rays could damage their skin. However, this effect could possibly be contributing to global warming. In any case, the recent trend for people to take vitamin D supplements due to a lack of this vitamin that the body produces from exposure to natural sunlight could be just one effect of the dimming of the sun.

Israel is the land of the Sun and even has a geographically unique area where the sun’s rays are truly less strong, but not from dimming. We will discuss this special location a little further on. In any case, sun-lovers flock to Israel because it has 4 unique bodies of water where the sun can be especially pleasurable: Med Sea, Red Sea, Dead Sea, and the Kinneret. The State of Israel boasts whopping averages for sunny days. For example, the city of Tel Aviv has an annual average of 302 days of the sun per annum.

Even though the sun might be dimming in its overall strength in terms of lumens, the units used to measure the intensity of light, the UV index (UVI) has remained uninfluenced. This barometer of dangerous sun rays should be respected anytime one venture outdoors. There are three types of UV rays, and they are UVA, UVB, and UVC.
In order to avoid the damaging effects of these rays, it might be better to plan outdoor activities before noon and after 4 pm. Unfortunately, travelers are usually unable to follow these strict guidelines so protective measures should be taken when outdoors.

However, Israel has a unique geophysical feature that occurs at the Dead Sea, the lowest point on earth. The Dead Sea is situated more than 400 meters below sea level and its waters have concentrations of salt which are ten times more than the average found in other oceans.
Another unique feature of the Dead Sea is the air above it; there is much more. The atmospheric pressure here is so high that it actually filters out many of the sun’s harmful UV rays. Therefore, travelers can travel to this world wonder site and enjoy the sun with much less of a chance of becoming burned. The Dead Sea has 330 days of annual sunshine, so you can be pretty certain that the weather will be sunny when you visit there.

As the famous song written for the class of ’99 by Baz Luhrmann states: “If I could offer you only one tip for the future, sunscreen would be it.” This is excellent advice when traveling in Israel. Even if the sun is actually dimming, travelers in Israel should use sunscreen liberally, wear protective headgear and appropriate clothing.
Book your trip to Tel Aviv now, the city that never sleeps where the Sun always shines. Contact Mazada Tours now for special deals on packages to Tel Aviv and the Dead Sea.

Alicia
Originally from the snowy city of Montreal, Canada, Alicia Schneider most recently lived in beachy Tel Aviv. She earned her degree in English Literature & Creative Writing from Concordia University in Montreal. Currently, Alicia is traveling the world and has adopted the digital nomad lifestyle and works as a freelance writer. Aside from travel writing, she also specializes in business technology and software.
Previous postHoly Land Hot Spots
Next postNew Fragrances Effusing From the Spice Route