Top Ten Beaches in Israel: Beach-combing from The Acadia to the Banana Beach

Top Ten Beaches in Israel: Beach-combing from The Acadia to the Banana Beach 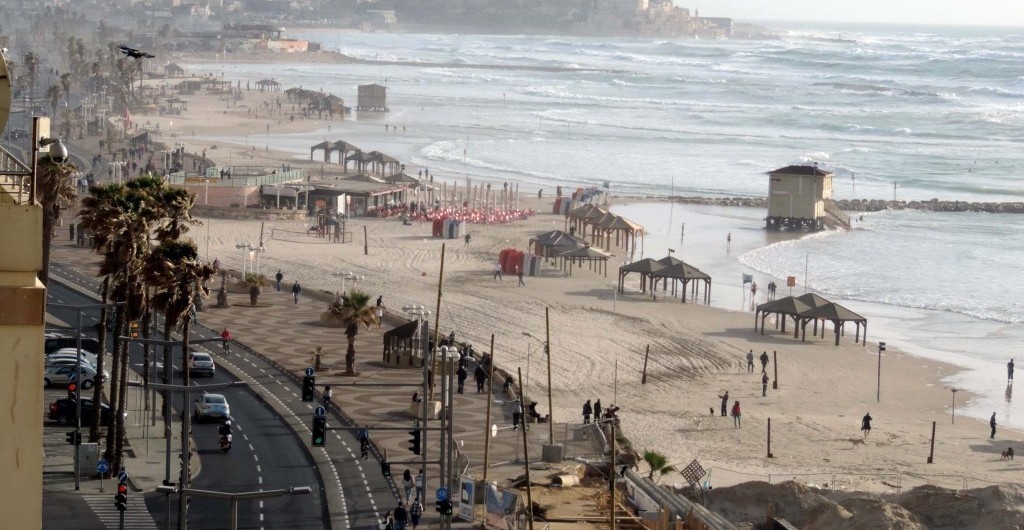 Many of Israel’s tourist activities are sprinkled along the coastal plain. Sea lovers will find much to do along the sparkling sands that glisten brightly in the Indian Summer light. The coastline spans some 190 kilometers and has been traditionally divided into five general regions. However, these partitions are primarily for classification purposes only and are artificial and tend to overlap into one another.

Herzliya will be the first spot to explore on our littoral journey through Israel’s most populated sectors. This city on the sea might be the home to high tech head offices in the Pituach area, but this ancient city was also home to Crusaders and Phoenician several millennia ago. Apollonia is an enchanting site and served as the venue for a crusader castle.

The Phoenicians predated the Crusaders and were believed to have resided her in the fifth century, BCE. Apparently, they didn’t always fare well on open ocean approaches, and they left a lot of glass behind from shipwrecks and other occurrences, and beachcombers can still wander in this area known as the Acadia beach and pick up bits of aquamarine-colored glass that washes up on the shores from time to time.

The next stop on our maritime adventure will be the famed and fabled Herzliya Marina, a world-class facility, with an adjacent shopping mall. Here you can charter a private yacht for a romantic cruise or board one of the party boats for a 30-minute motor outing. Teens love to sail in the smaller dinghies which are rentable for reasonable fees. You can also catch a wave on surfers’ beach, or ride a jet ski from the beach bearing its name. For safety reasons, motor vessels are not allowed to come closer than 200 meters from almost all bathing beaches, but the southern section of the marina is one of the few exceptions, and this is a popular jet ski launch spot.

After cooling down in the mall with its abundant selection of restaurants, bars, and cafes, you can take a quick peek at the new Ritz Carlton hotel/residence, or shop for any of your favorite brands. If you are on a sailboat, this is a great spot to provision since there is a large grocery store on the second level of the mall offering sailors a major added value of convenience.

As we make our way south through the sizzling sands, we can enjoy the stark cliffs and amazing native flora and fauna. The next stop would certainly be the Tel Baruch beach. This is a favorite site for surfers who want to avoid the breakers. There are a restaurant and other food and drink vendors here, and this beach ties into the renowned Tel Aviv promenade.

Mitzitzim, the first famous Tel Aviv beach when approaching from the north is situated adjacent to the Port of Tel Aviv, inaptly called a port since there is not even a small craft dock there, but rather a major restaurant, bar and club hub, offering little to lovers of the littoral since the only real nature related activity would be fishing from the elevated wave breaker, or simply dodging the spray from the next incoming breaker.

This spot was formerly named the Sheraton beach after the infamous hotel that was originally located there but later received its current moniker after the iconic film “the Peekers”, which was filmed here. Beach lovers will enjoy the partially sheltered lagoon that allows for warmer waters and calmer swimming conditions. This beach is relatively small and somewhat isolated and attracts our usual fare of beachgoers: families, singles, tourists, and anyone who wants to soak in the sea or sip a cool Carona or a Diet Coke in the Far-Eastern style cafe.

If you visit with kids, there is a playground here as well, and fitness enthusiasts will find a few exercise machines, and there is also a copse of covered picnic tables where the old-timers play backgammon, and weekend visitors can enjoy a sabbath, culinary spread in the shade. There is even a mobile library cart where one can select books in a number of different languages.

Right next door is the separated beach which caters to the religious crowd that has designated days for gender designations meaning that there are men’s days and women’s days. It is open to all on Saturday. After this, you will find the canine beach where dogs are welcome and then the gay beach leading right into the Marina and Gordon Pool.

The Tel Aviv Marina is a bit of a disappointment after visiting the Herzliya Marina even though it was recently renovated to accommodate bigger boats and offers most of the same services found further north. You can obviously rent boats here. Catamarans are also on offer and the usual fare of party boats. This is a major hub for kayakers and SUP enthusiasts.

The jewel in the crown at this complex would most definitely be the recently renovated Gordan outdoor pool and health club complex. The pool is unique in that it is filled with a mixture of a saltwater sourced from a deep water intake providing clean seawater mixed with a modicum of fresh water. The pool is drained and refilled regularly and swimmers enjoy its pricey charms year round. There is also a luxury health club indoors.

The final stop on our beach front journey will be the laid back, and very cool banana beach, one of my personal favorites. There is an amazing contrast not only at this venue but at all of Tel Aviv’s beaches: the stark juxtaposition of the urban sprawl bordered on the entire Western side by the calming serenity of a beach atmosphere.This beach has gained a reputation for being a hippie hangout and it is the southernmost section of beach before you reach the park and Jaffa.

In the late afternoon, you can sometimes catch musicians forming a drummers circle, as they pound away the remains of the day. Another major pastime is the ubiquitous paddle ball or Matkot matches that merge seamlessly in a sort of chaotic harmony with the drum beat. The Banana Beach cafe offers a rich fare of beach food delights, and there is a large screen where movies and sports events are oftentimes aired.

Make the most of The Coastal Plain’s extended summer. Take a walk on the beach and discover the wonders of the miracle on the Mediterranean: Israel. Visit Mazada Tours for further information.

Alicia
Originally from the snowy city of Montreal, Canada, Alicia Schneider most recently lived in beachy Tel Aviv. She earned her degree in English Literature & Creative Writing from Concordia University in Montreal. Currently, Alicia is traveling the world and has adopted the digital nomad lifestyle and works as a freelance writer. Aside from travel writing, she also specializes in business technology and software.
Previous postThe Mahne Yehuda Market
Next postVisit the 10 Roman Cities in Israel and Jordan