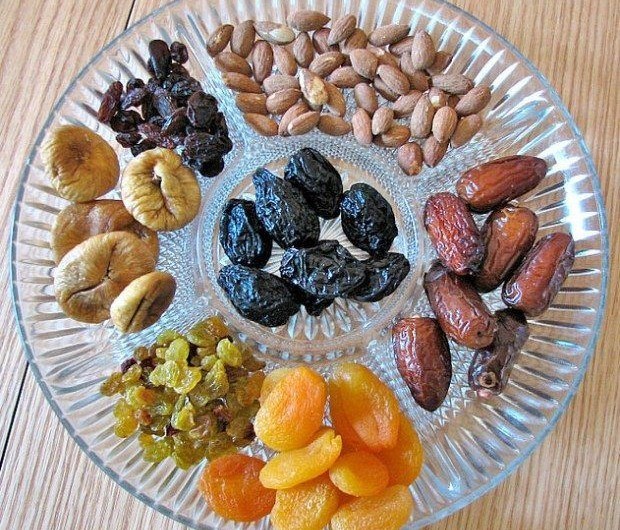 On Saturday, 26 January, 2013, we will be celebrating the Tu B’shvat holiday in Israel and in the Diaspora. Tu B’shvat, or the 15th day of the Hebrew month of Shvat, is a unique holiday that is sourced in the Oral Tradition and is not specifically mentioned in the Bible. It is also known as the New Year for Trees.

The Jewish People love a New Year celebration so much that they have established four different dates as “new years” in the Jewish calendar. The discussion of when the New Year occurs was a source of debate among the rabbis, but most believers consider Rosh Hashana to be the primary New Year celebration.

Tu B’shevat was always considered to be a lesser holiday in the Diaspora. After the destruction of the temple this holiday lost all its agricultural and administrative relevance and it developed into a minor holiday. The symbolic consumption of fruit was meant to affirm the Diaspora’s allegiance, to the land of Israel, and some insisted on consuming the seven indigenous species mentioned in Deuteronomy 8:8.

However, in the Middle Ages, the Kabbalists, and in particular those residing in Zafed, in the Holy Land, expounded on a deeper meaning of Tu B’Shvat. They introduced a custom of having a festive dinner where the simple act of eating fruit served as restitution for the original sin or as a cosmic repair or Tikkun in Hebrew, for the consumption of the forbidden fruit by Adam and Eve in the Garden of Eden.

Tu B’shvat gained even greater significance after Israel’s independence. Agrarian values were promoted and this holiday evolved once again. The concept of an agricultural holiday with strong associations to the land appealed to the secular Zionists and the holiday was adopted and celebrated, mainly by school children and the kibbutz movement. The tradition of tree planting was established and the holiday is celebrated in secular circles. This tree planting tradition continues to this day, and if you are in Israel, you might want to take the opportunity to contact the JNF, and arrange to plant a tree in one of the national forests.

Ironically, the Knesset, Israel’s parliament was first convened on February 14, 1949, which was Tu B’shvat, and this week Israelis have gone to the polls to elect the members of the 19th Knesset just five days before the holiday.

Alicia
Originally from the snowy city of Montreal, Canada, Alicia Schneider most recently lived in beachy Tel Aviv. She earned her degree in English Literature & Creative Writing from Concordia University in Montreal. Currently, Alicia is traveling the world and has adopted the digital nomad lifestyle and works as a freelance writer. Aside from travel writing, she also specializes in business technology and software.
Previous postZichron Ya’akov
Next postTiberius