Visit the 10 Roman Cities in Israel and Jordan

Visit the 10 Roman Cities in Israel and Jordan 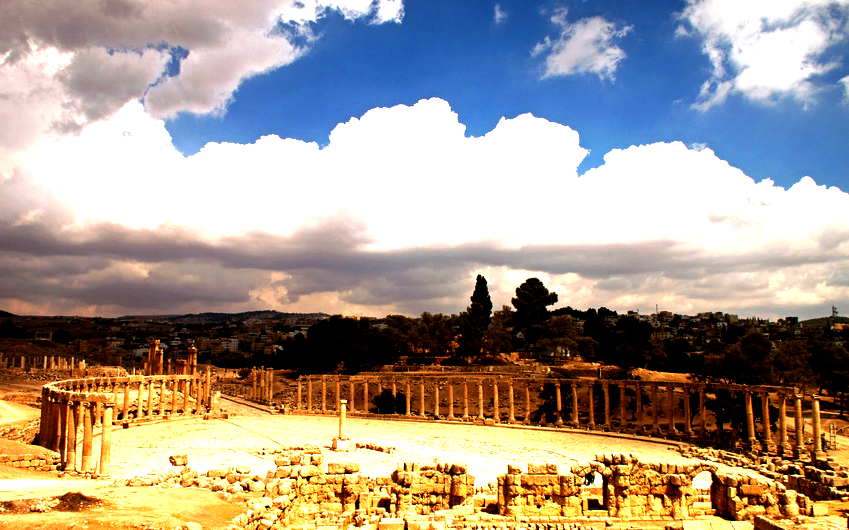 Doing the Decapolis Minus 2 and More in 6 Days.

Travelers can now pair Israel and Jordan tour with a focus on visits to the Decapolis sites. This type of tour is great for anyone interested in visiting these spectacular spots in general but of particular interest to Christian Pilgrims and archaeology enthusiasts. Unfortunately, only eight of the cities are accessible because Canatha and Damascus are in Syria and Damascus is considered by many to be too far North to be included but is traditionally on the list in any case. In just five days, travelers can visit the Decapolis and more.

The Decapolis was composed of unique outposts in both the Greek and Roman sojourns in this southeastern region of the Levant. Historians have posted countless opposing views regarding the significance and nature of the Decapolis, but many follow the accounts provided by the Roman historian, Pliny the Elder.

He named the following as the cities that are part of the Decapolis:

These 10 cities had certain common denominators that caused them to be grouped together. The residents were, in the main, sharing the same language and cultural values as well as a unique political status. They were in a sense city states, and some sources include as many as 18 ancient cities as being inclusive under the Decapolis rubric.

The Greeks were the pioneers and the Decapolis under their colonial rule was a place where the Grecian and indigenous Semitic cultures merged, albeit with a modicum of conflict, particularly vis a vis the religiously devout Jewish population.

The Roman Decapolis followed afterward and served as an outpost for the farthest reaches of the Roman empire in eastern Palestine. The Romans left a distinct footprint in all of these cities and classical Roman city motifs are still extent in the well-preserved ruins that remain. These cities were reconstructed using the classic urban layouts and connected by the ubiquitous Roman roads. There was an informal federation formed between the cities but this so called league most probably never attained a formal political organization.

Part of Jesus’ legacy is strongly tied to these cities. The New Testament Period included Northern Jordan where many of the Decapolis cities are found. He performed miracles here and the New Testament states in Mathew 4:25, “…..there followed him great multitudes of people from Galilee, and from the Decapolis, and from Judea and from beyond Jordan.” These ten cities were one of the few regions where Jesus traveled and preached and which were primarily populated by non-Jewish, Gentiles. This is typified by Jesus’ encounter with a herd of pigs that were influenced by spirits and drowned in the Sea of Galilee. This is considered by many to have been a great miracle.

Travelers who are interested in taking this unprecedented tour will arrive on the first day at Ben Gurion Airport and be transferred immediately to Jerusalem where they will spend the remainder of the day touring the key sites in the old city.

The second day will begin early in the morning where the western sections of the new city will be toured by car and in the late morning, the tour will move to Beit Shean where the recently renovated archeological park will be explored. After this, you will make a brief visit to Sussita to observe the ongoing excavations which are being conducted there. Overnight in Tiberius.

On the Third day, you will cross the Sheikh Hussein Bridge and proceed directly to Dion. The exact location is disputed but is considered to be near Al Hisn, near the city of Irbid. This will be a brief visit, and from here, you will travel to the next stop.

Raphana will be the next stop. It is believed to lie north of Umm Qais in the Abilene plain. This site was the base camp for several Roman legions. After a tour of this site, you will continue on to Gadara which is close by and also adjacent to Umm Qais.

From here you will continue on to modern day Amman, known in ancient times as Philadelphia for an overnight. If time permits, you will take a panoramic tour of the city before dinner.

The fourth day will begin with a brief ride to Pella which lies west of Ibrid. From here you will travel to Jerash for an extended tour. Jerash, one of the premiere examples of Roman ruins extent in the Middle East, was a regional capital. Although it sustained an earthquake over time, many of the archaeological remains are still in excellent condition. You will return to Aman for classic tour stops as time permits. Overnight in Amman

You will depart very early in the morning and proceed to Petra. Although Petra is not part of the Decapolis, but rather a Nabatean enclave and natural wonder, it is a must-see attraction for any tour to Jordan.

Contact Mazada Tours for further information regarding this unique and remarkable itinerary that will provide you with a rich knowledge of the ancient world of the Eastern Levant.

Alicia
Originally from the snowy city of Montreal, Canada, Alicia Schneider most recently lived in beachy Tel Aviv. She earned her degree in English Literature & Creative Writing from Concordia University in Montreal. Currently, Alicia is traveling the world and has adopted the digital nomad lifestyle and works as a freelance writer. Aside from travel writing, she also specializes in business technology and software.
Previous postTop Ten Beaches in Israel: Beach-combing from The Acadia to the Banana Beach
Next postIs Israel Safe for Travelers?