Israel Tour in 2019: 19 Reasons to Visit Israel This Year

Israel Tour in 2019: 19 Reasons to Visit Israel This Year 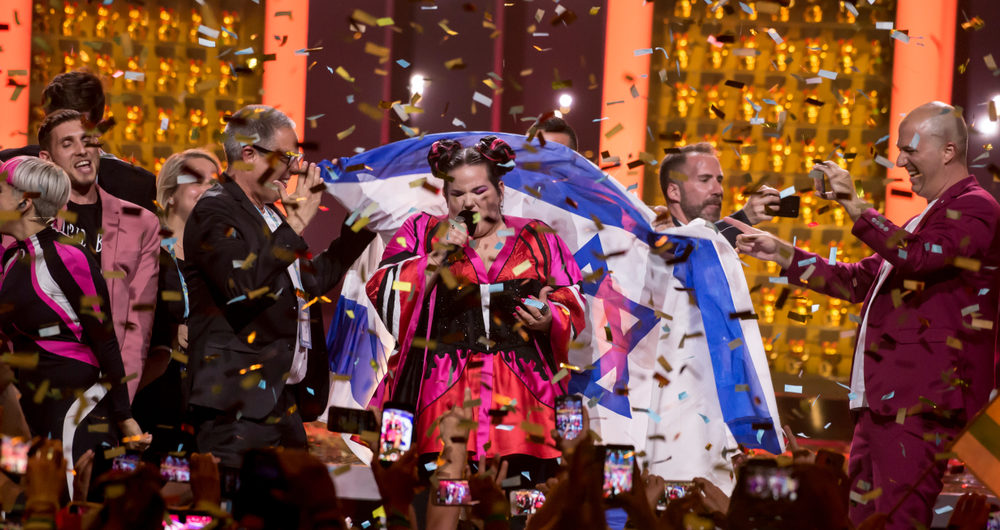 While we say goodbye to 2018 and the record-breaking amount of tourism it brought to the Holy Land, we look forward to another incredible year before us. 2019 is exciting for so many reasons: new luxury hotels, international concerts, and festivals that are bigger and better than ever before. If you’ve been constantly planning & putting off your trip to Israel, an Israel tour in 2019 is a fantastic idea, and here are 19 reasons why: 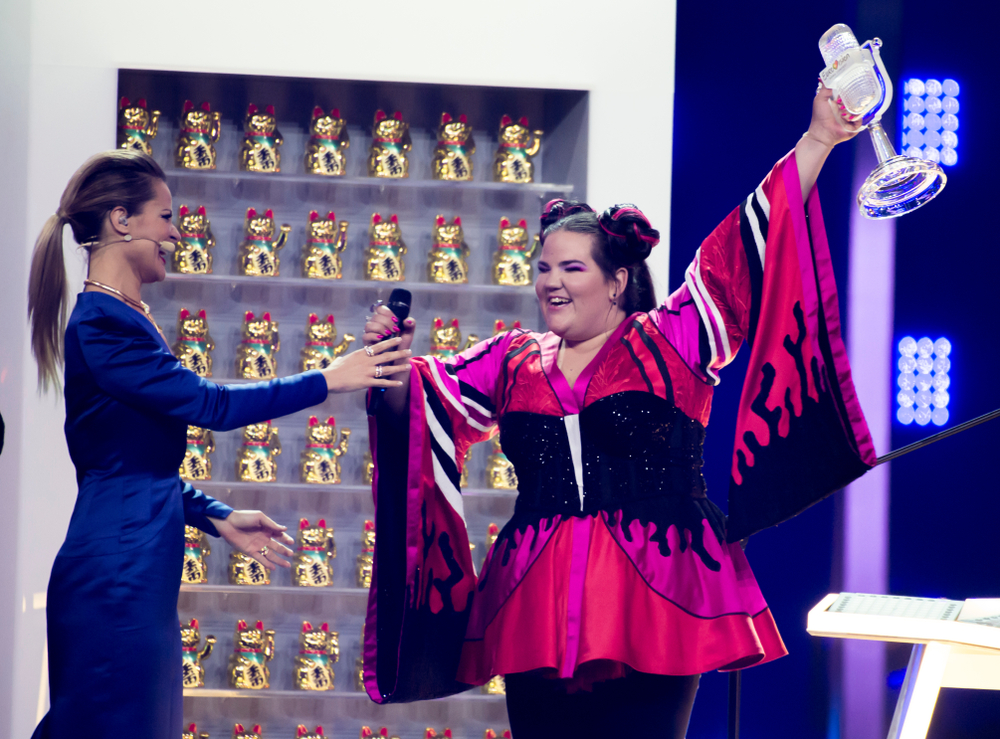 Last year’s Eurovision got the whole nation together for two reasons: to rally behind winner Netta Barzilay, and to collectively get excited to host the world’s biggest song contest in 2019. Expect appearances from the infamous Dana International and other previous Eurovision winners. Additionally, it is rumoured that the event will be hosted by none-other than the stunning Israeli supermodel, Bar Rafaeli. Be sure to book your accommodation way ahead of time, since many people are planning their Israel tour in 2019 around this event!

Another huge musical event taking place in July 2019, is Jon Bon Jovi’s return to Tel Aviv. The rock legend will be playing in Hayarkon Park in Tel Aviv. As always, it’s expected to be a great show. His 2015 show saw 50,000 audience members singing along to “Livin’ on a Prayer.” We’re sure the 2019 show will be even bigger!

While not quite a tourist attraction, the Israeli elections were called earlier than scheduled and will now be held in April of 2019. Anyone with an interest in Middle-Eastern politics will surely keep a close eye on the campaigning and lead-up to election day. There’s never a dull moment when it comes to Israeli politics!

Israel always gets a few big acts that pass through each summer, and 2019 is no exception. If Eurovision and Bon Jovi weren’t enough to keep you satisfied, you also have the chance to see Slash in concert in July 2019. The legendary frontman of Guns N’ Roses will be playing with Myles Kennedy and The Conspirators in Tel Aviv. Get your tickets in advance!

Since Israeli Shai Weiss became the CEO of Virgin Atlantic, he’s been trying to compete for popular routes to Tel Aviv. Lookout for new Virgin Atlantic flights between London and Tel Aviv starting this year. In May, Virgin hopes to fly in 200 fans from London to Tel Aviv to enjoy the Eurovision Song Contest!

2018 was a record-breaking year for tourism to Israel. Before that, 2017 was a record-breaking yea for Israeli tourism. (Notice a pattern here?) There’s no doubt that with new airlines coming in, beautiful new hotels, and Eurovision, there will be a huge influx of tourists visiting the Holy Land. With all the excitement, accommodation and entertainment are sure to get booked up quickly, so if you’re planning an Israel tour in 2019, get a move on and contact us so we can help you plan before it’s too late! 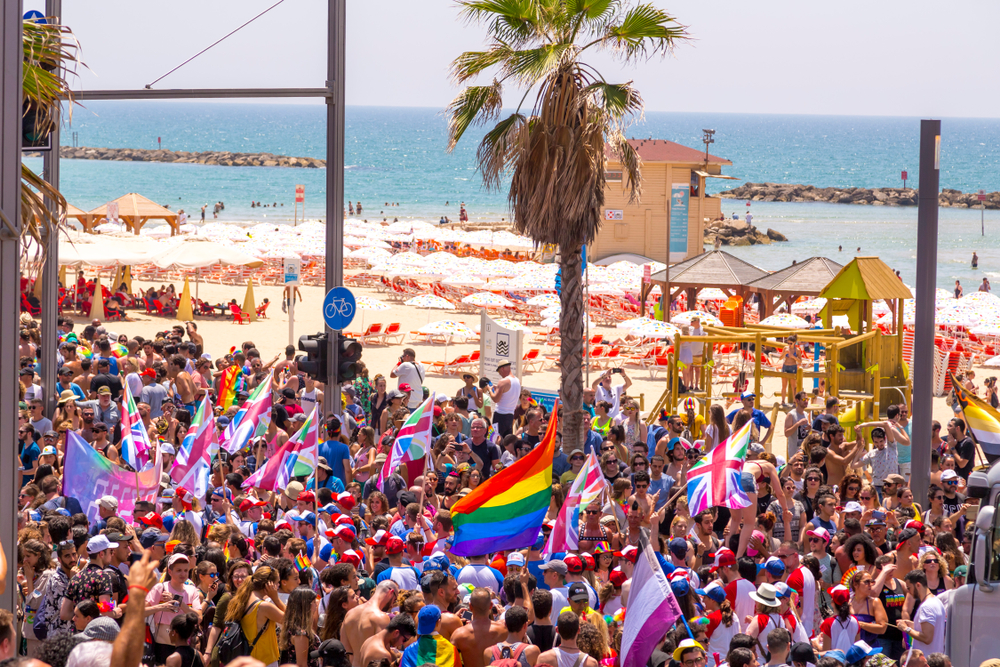 Tel Aviv Pride is a yearly event that sees thousands of tourists coming each June to celebrate love and the LGBTQ community. Tel Aviv’s parade is known internationally as being one of the best. Last year, there were over 250,000 parade attendees! In 2019, the parade is expected to be even bigger, so if you’re planning your Israel tour in 2019 for June, be sure to pack some rainbow-colored clothes and join in on the fun!

Fodor’s listed The Dead Sea as one of the top 50 places to visit in 2019, and we can see why. They describe it “like nowhere else on earth. This shimmering saltwater lake appears in the distance like a mirage in the desert. It’s somehow both otherworldly and right in the middle of it all, surrounded by Israel, Palestine, and Jordan in the heart of the Middle East. It’s undeniably special here and the kind of place that you’re not likely to forget.” Need more reasons to visit The Dead Sea during your Israel tour in 2019? Check out our list of cool facts you didn’t know about The Dead Sea.

Another yearly even that happens in the Negev desert is Midburn. The event is modelled after Burning Man, which takes place in the deserts of Nevada. The Israel version features tons of incredible art installations, different types of wellness events, parties, and show-stopping costumes. Many people fly in from outside Israel just to attend this unforgettable week in the desert.

Another one of the great concerts happening in 2019 in Israel. The Michael Jackson tribute concert will be touring around the country in February, so you can be sure to catch it during your Israel tour in 2019. The “I Am King” performance will include a Live Orchestra, broadway dancers, and classic hits in 20 shows around the country

In addition to the new Ovda Airport 60km north of Eilat, a new airport, Eilat Ramon, is set to open in 2019. The new airport will replaced Eilat’s current Eilat J. Hozman Airport. The opening of Ovda Airport saw tons of new low-cost international airlines flying directly into Israel’s south. We’re sure to see more exciting routes when the new airport opens in 2019!

A new tourist attraction will open in 2019 in the ancient Roman city of Caesarea. Tourists will now be able to walk on the ancient walls with the new Crusader Wall Promenade. This is part of a project to increase tourism to the city. Caesarea has always been a magical place to visit with it’s 2,000 year-old history and archeology, this is sure to be an exciting addition!

The Red Sea Jazz Festival takes place in February, and features both local Israeli acts and international artists. Definitely worth a visit for anyone interested in live Jazz music!

A luxurious hotel resort by the Six Senses chain is slated to open in 2019. The hotel will be in Israel’s Negev desert in the Arava Valley. It will include 58 suites and villas with private pools, and a private high-end spa for guests. The hotel is focused on sustainability and wellness. It will also include a Camel ranch and an open amphitheater, and Bedouin-style tents for an authentic Middle-Eastern experience.

Run 5k, 10k, a half-marathon, or the full 42.2KM in the annual Jerusalem Marathon! (We also won’t blame you if you just want to stand on the sidelines and cheer). Due to its hilly terrain, the Jerusalem Marathon is known to be a tough one. Runners from around the world come to participate in this challenging event. Is 2019 your year?

Tel Aviv’s annual White Night falls at the end of June. It typically includes a night of fun live musical shows, art installations, street parties, food stands, and more. The event is popular with locals and internationals, and has fun events for the whole family.

Another annual holiday and event that takes place around the country is Purim. Typically, children dress up, bake triangular shaped cookies, and enjoy a fun day to celebrate this holiday. However, leave it to Tel Aviv to turn this children’s day into a massive party! Every year, thousands of people get decked out in incredible DIY costumes and attend any of the hundreds of street parties and events happening around the city. Jerusalem is also known for having huge Purim events. Iff you’re here for an Israel tour in 2019 in the month of March, be sure not to miss out!

Known for it’s unique Bahaus architecture, Tel Aviv is known as the White City due to all the white buildings that dot the Mediterranean Sea. A new center, set to open in a historic building in 2019, will preserve this historic architecture and tell its story. It will also be a place for events, and it will offer tours related to the beautiful architecture.

As you can see, there are no shortage of things going in in Israel this upcoming year. Contact us today to help you plan your Israel tour in 2019!

Alicia
Originally from the snowy city of Montreal, Canada, Alicia Schneider most recently lived in beachy Tel Aviv. She earned her degree in English Literature & Creative Writing from Concordia University in Montreal. Currently, Alicia is traveling the world and has adopted the digital nomad lifestyle and works as a freelance writer. Aside from travel writing, she also specializes in business technology and software.
Previous postChristmas in Israel 2018: Where to Celebrate
Next post8 Cool Things to Do This Winter in Tel Aviv