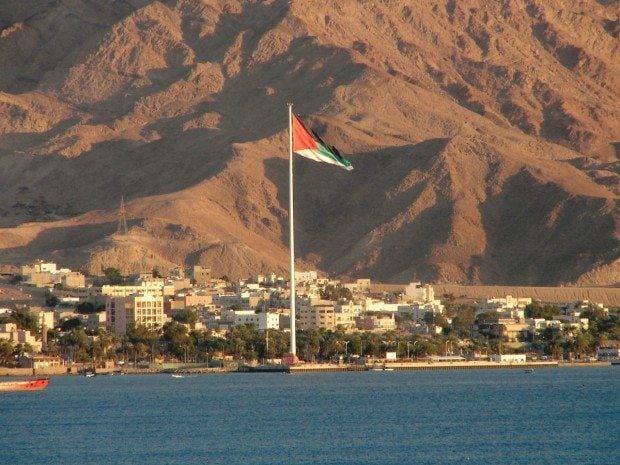 Aqaba, the Jordanian resort and port city, located at the northern terminus of the Red Sea, offers a large selection of activities for vacationers. This ancient city boasts a long and celebrated history marked by more than 6000 years of continuous inhabitance. Nestled at the base of an exquisite range of desert mountains, Aqaba has served as a trading nexus for Africa, Asia and Europe. Today, the population has grown to well over 150,000, and the tourism infrastructure has expanded and improved in efforts to challenge other centers of waterfront development throughout the region, especially Eilat which is adjacent.

Aqaba is Jordan’s only port city, and besides serving as an exquisite resort site for domestic as well as international tourists on the eastern shore of the Red Sea, it also is the home to various industries such as shipping and phosphate production. This coastal resort is a recommended destination for divers and beach lovers, and anyone who would like to explore the splendid contrasts between a stark desert landscape and the pleasures of lounging by and bathing in the Red Sea.

You can sunbathe, snorkel, scuba dive, windsurf and enjoy all varieties of water sports in Aqaba.  As a tourist destination, Aqaba offers its visitors a unique type of resort experience at very reasonable prices. Besides the beach and water sports attractions, Aqaba serves as a base camp for day trips to Wadi Rum and Petra.

Aqaba has also enjoyed some prominent archaeological finds which include what some believe to be the world’s oldest known purpose-built church as well as a 4th-century Turkish bath and the Aqaba Fort. T. E. Lawrence also played a significant role in Jordan’s modern history in Aqaba. He succeeded in the battle of Aqaba in 1917 when he forced the Ottoman occupying forces to retreat, and abandon Aqaba.

Aqaba received a major boon from Saudi Arabia in 1965, when Jordan’s King Hussein made an amazing deal with the Saudi Government. In an attempt to allow for the expansion of Aqaba’s coastline and port, a land trade was made. The Saudis gave the Jordanians 12 kilometers of spectacular coastline in exchange for 6,000 sq. km. of desert wasteland in Jordan’s vast interior. This trade was especially auspicious to the tourist trades since it provided access to the magnificent Yamanieh coral reef. However, Aqaba still has just 27 km of coastline, which is more than the 11km from what is found in Eilat in Israel.

Alicia
Originally from the snowy city of Montreal, Canada, Alicia Schneider most recently lived in beachy Tel Aviv. She earned her degree in English Literature & Creative Writing from Concordia University in Montreal. Currently, Alicia is traveling the world and has adopted the digital nomad lifestyle and works as a freelance writer. Aside from travel writing, she also specializes in business technology and software.
Previous postTiberius
Next postAqaba II: A New Tourist Hub for Day Trips to Israel